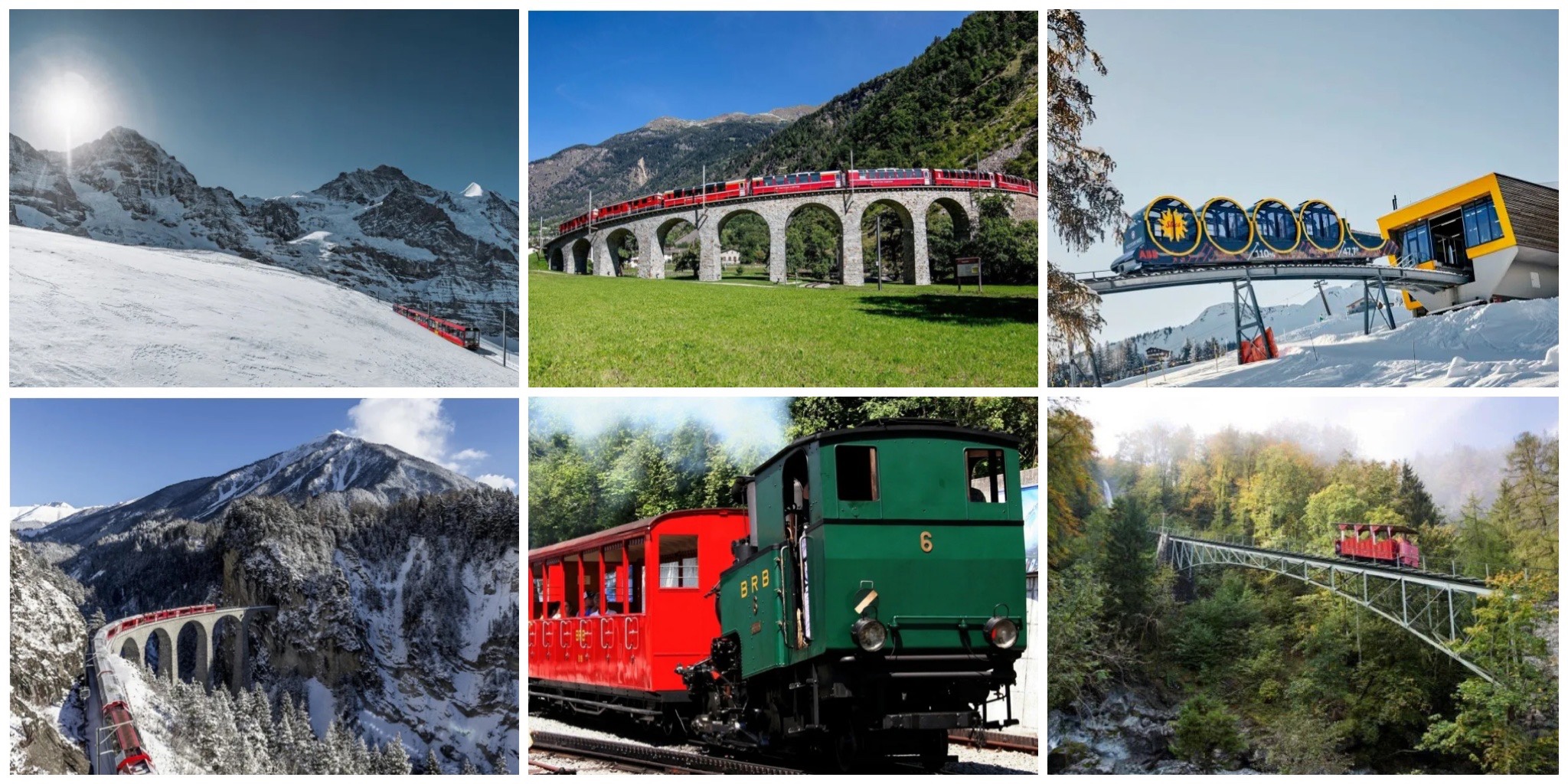 I can’t deny it but I’m slowly becoming a full blown railway geek – and proud of it! Recently I’ve been watching Tim Dunn’s “Architecture The Railways Built” and “Impossible Railways” on Yesterday Channel and it’s given me some ideas of a few Switzerland Railway that I really must see!

This is one that fascinates me! Stoosbahn connects the mountain village of Stoos to the rest of the country. There are no roads up to Stoos as it’s that inaccessible or it was until the Stoosbahn was built.

Owing to the terrain this funicular railway ascends a very steep gradient – 110% in some parts. In order to keep the passengers level, the carriages are barrel shaped and will roll on their bases as it climbs the mountain side. Honestly it’s really fascinating stuff! Check out this video on YouTube – one day I’d love to see it in real life. 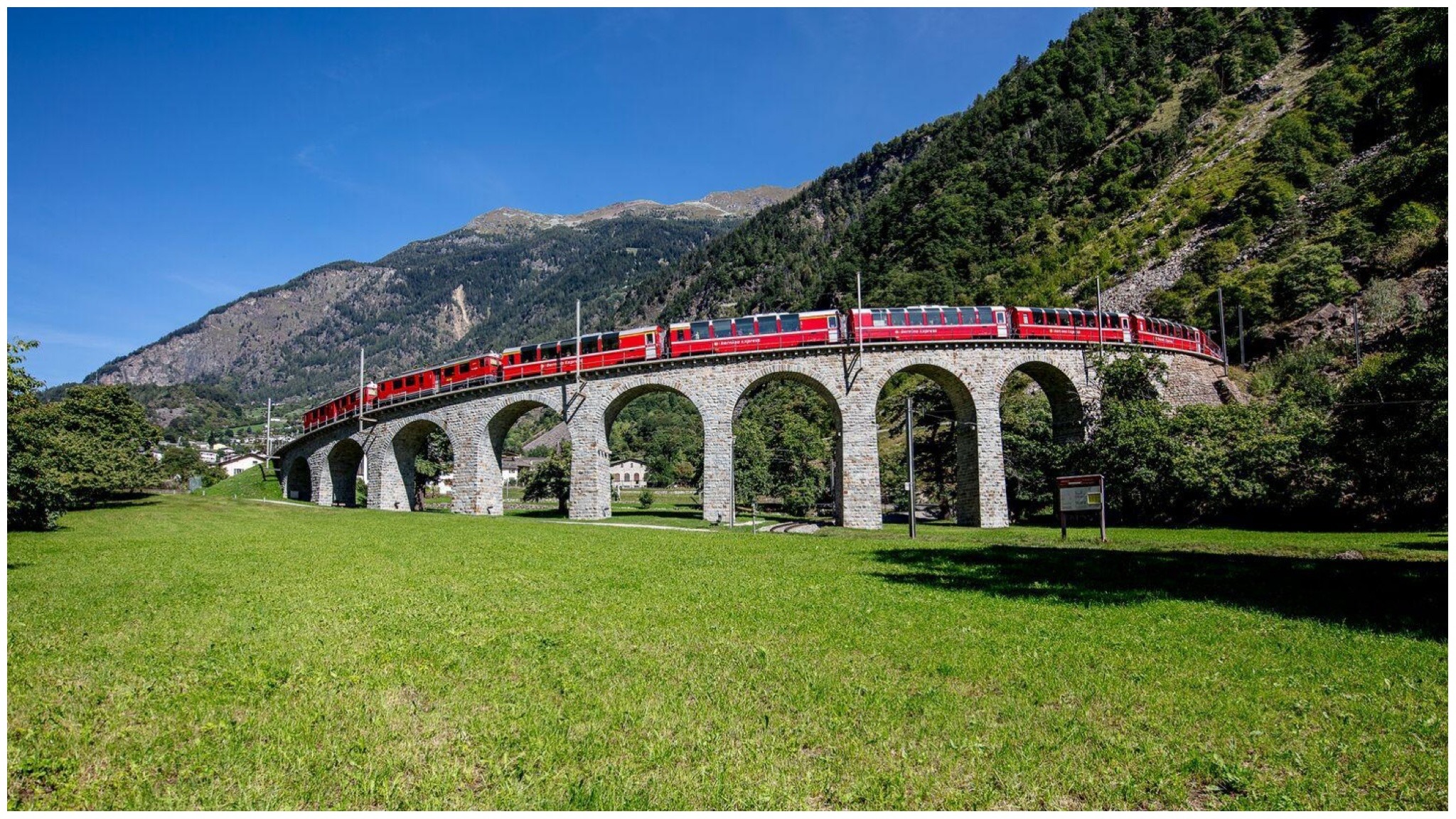 This viaduct can be found on the World Heritage listed Bernina railway. The Brusio Spiral Viaduct is a nine-arched stone viaduct is rather unique as it is a spiral viaduct and constructed such a fashion in order to ascend the valley. If the information on Wikipedia is to be believed the engineers decided against a rack and pinion railway as it meant that freight couldn’t be transported along the railway. The 360 degree curve was necessary to maximise the rate of elevation in such a small space. Fascinating stuff and no wonder it has been recognised as a World Heritage Site. 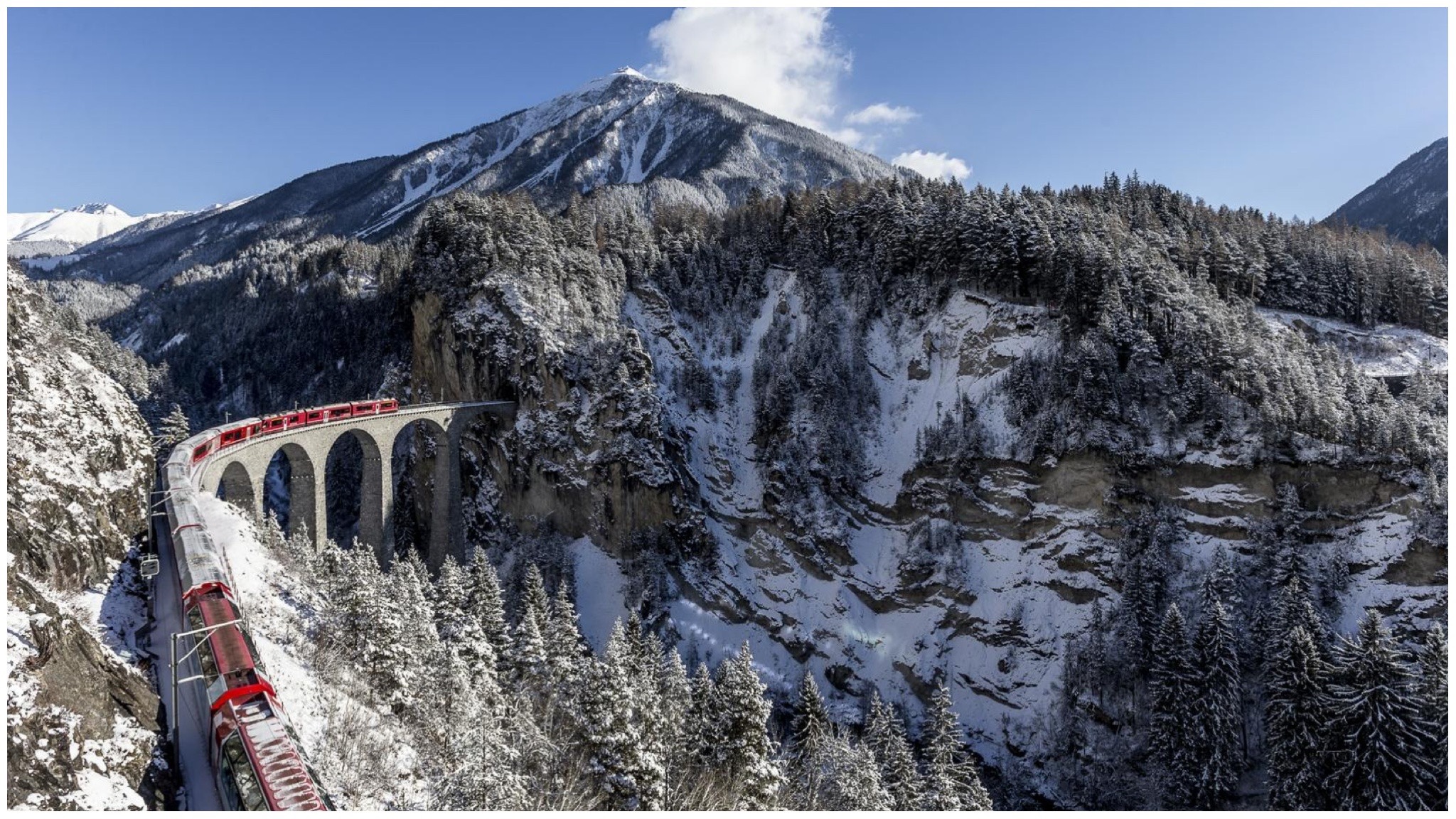 Whilst the spiral viaduct is an unusual sight to see but the Landwasser Viaduct is a more traditional structure – a beautiful multi-arch viaduct which stands at 65 metres high and connects directly to the Landwasser Tunnel. Imagine exiting the tunnel onto this stunning piece of architecture…. especially in the snow! Heaven!

This is a must see for sure! The highest railway station in Europe and can be found at the top of the Eiger in the Bernese Alps. The trip looks absolutely amazing! Travel to the Top of Europe via the funicular Jungfraubahn which ascends the east side of the Eiger via tunnels. Up there you will find the Ice Palace which was carved by the mountain guides in 1930s and just looks stunning! Not only can you find the Ice Palace but you can also find The Great Aletsch Glacier which is longest glacier in the Alps – and yet another UNESCO World Heritage Site. 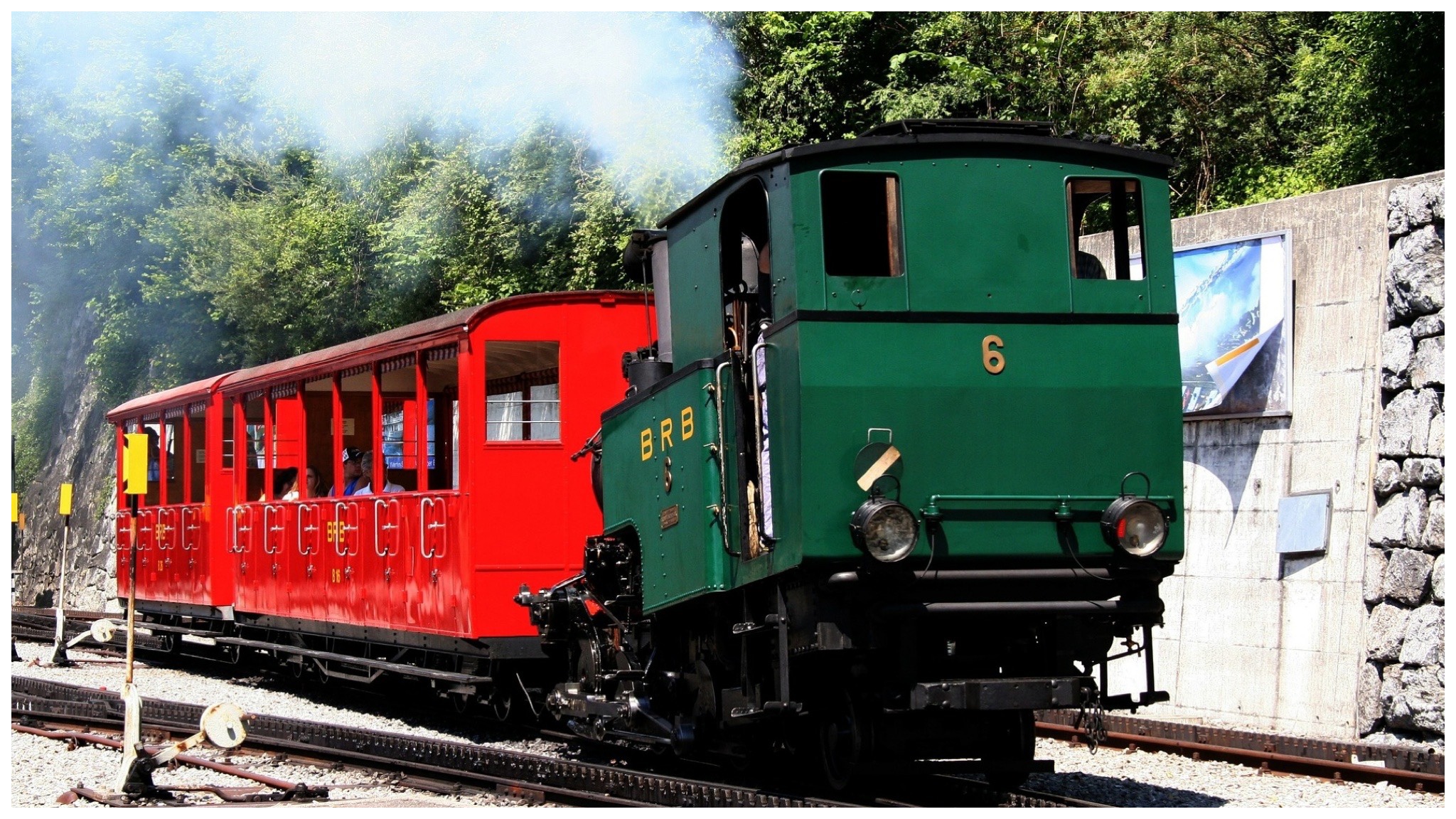 You can’t expect me to go to Switzerland without finding a steam railway….. well look no further than the Brienz Rothorn Bahn. After opening in 1892, this is yet another funicular railway* which takes you from Brienz up to the Rothorn. On the way you can see the panoramic views of the Bernese Oberland region including Lake Brienz and over to Interlaken.

At the top you will find the Mountain Hotel Rothorn Kulm. As the name suggests it’s not a countryside lodge but an epic mountain hotel! Views for days! (On a clear day….)

(* not surprising there’s so many funiculars in Switzerland considering the epic mountain regions over there!)

The Reichenbach Falls are quite famous as it’s the setting for Sherlock Holmes’ battle with his arch nemesis Professor Moriarty. (Spoiler alert: they both fall into the Falls… but do they survive?) The Reichenbach Falls Funicular railway was originally built to serve the electricity works but by now it is purely to transport tourists – hikers and Sherlock Holmes fans – up the mountain side. Gotta be done!

Basically I want to do it all! Give me alllll the trains and allll the views! Any other Swiss Railway must sees you’d add to my list?