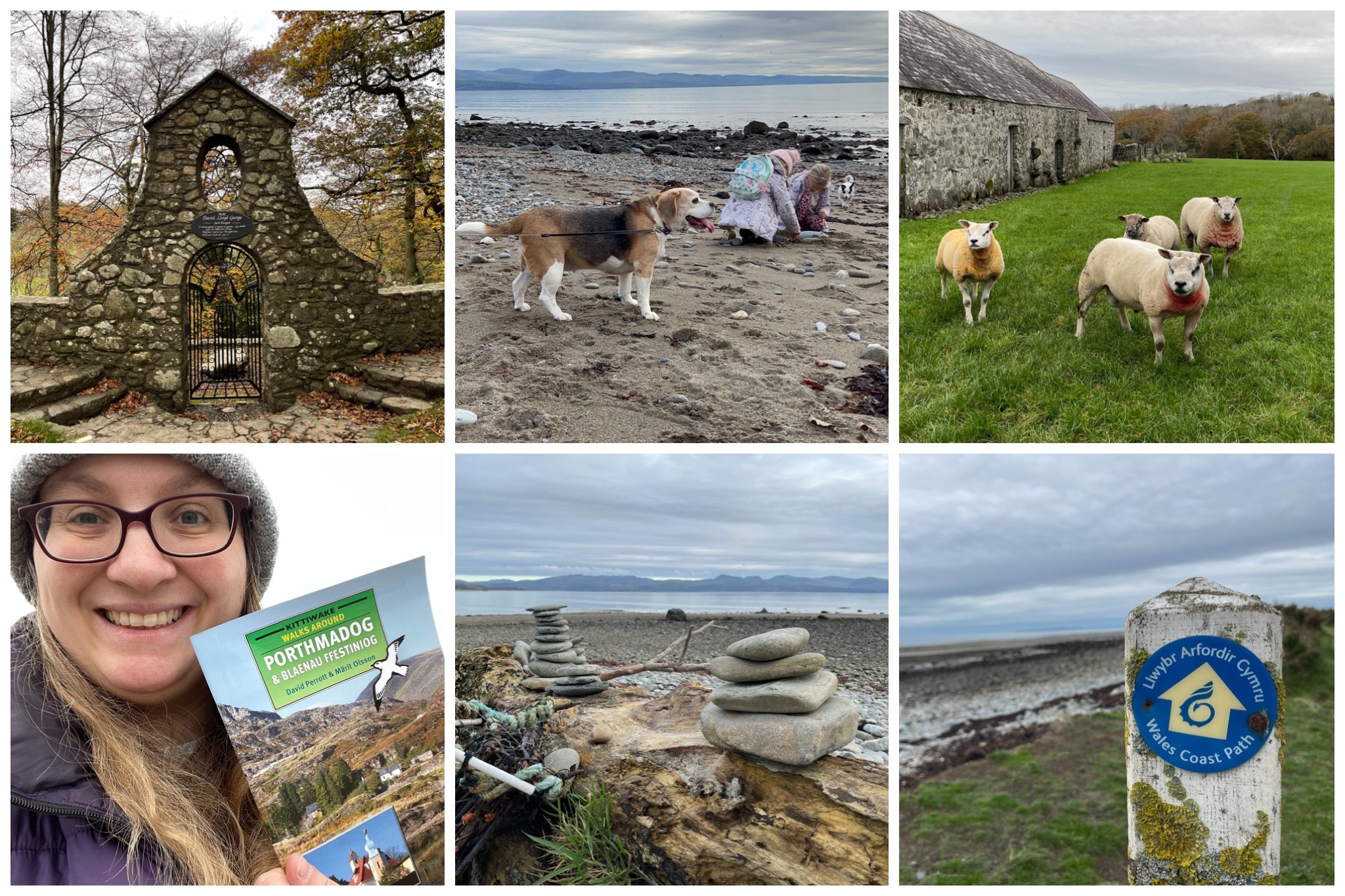 After a brief visit to Porthmadog I picked up a new Kittiwake Walking book. The very first walk on in this book was the Lloyd George Museum walk – a 5.5mile circular walk along the Wales Coastal Path from Cricieth, through to Llanystumdwy and back to Criccieth. 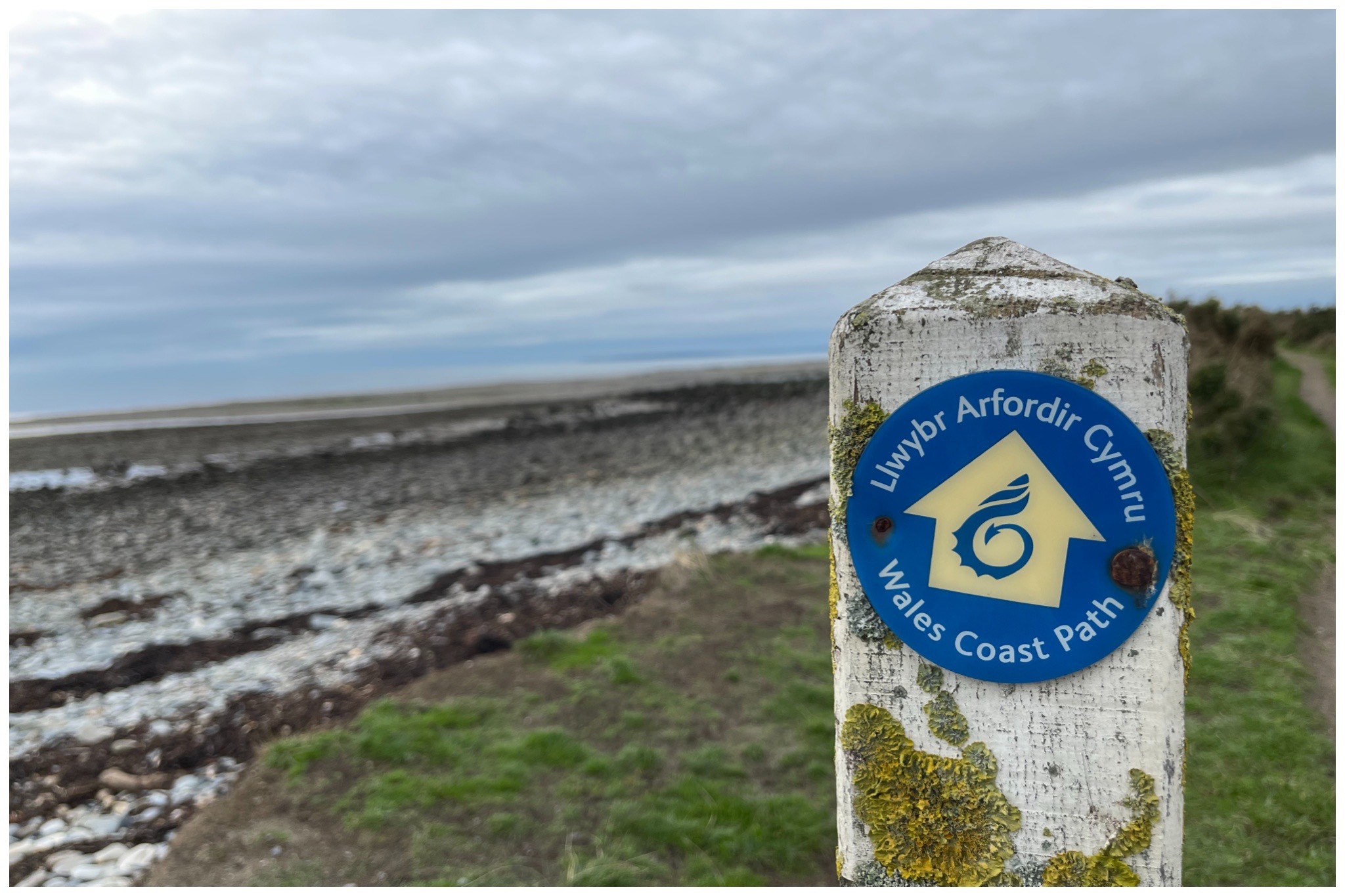 Our walk started at Abereistedd Carpark in Cricieth. Please note that this is a Pay and Display carpark operated by Gwynedd Council (although you don’t have to pay over Winter it would seem).

From this carpark you head along the Coastal Path towards Pwllheli. It’s quite narrow in places and quite bumpy – I wouldn’t recommend it for prams, buggies or wheelchairs unfortunately.

After a while you reach Cefn Castell which I knew to be the Grand Designs house (or now the I’m A Celeb house!). It’s a modern looking building with fantastic views out towards the sea. Unfortunately in a few years I think it will be in the sea due to the coastal erosion which is already creeping up to the Coastal Path in areas. 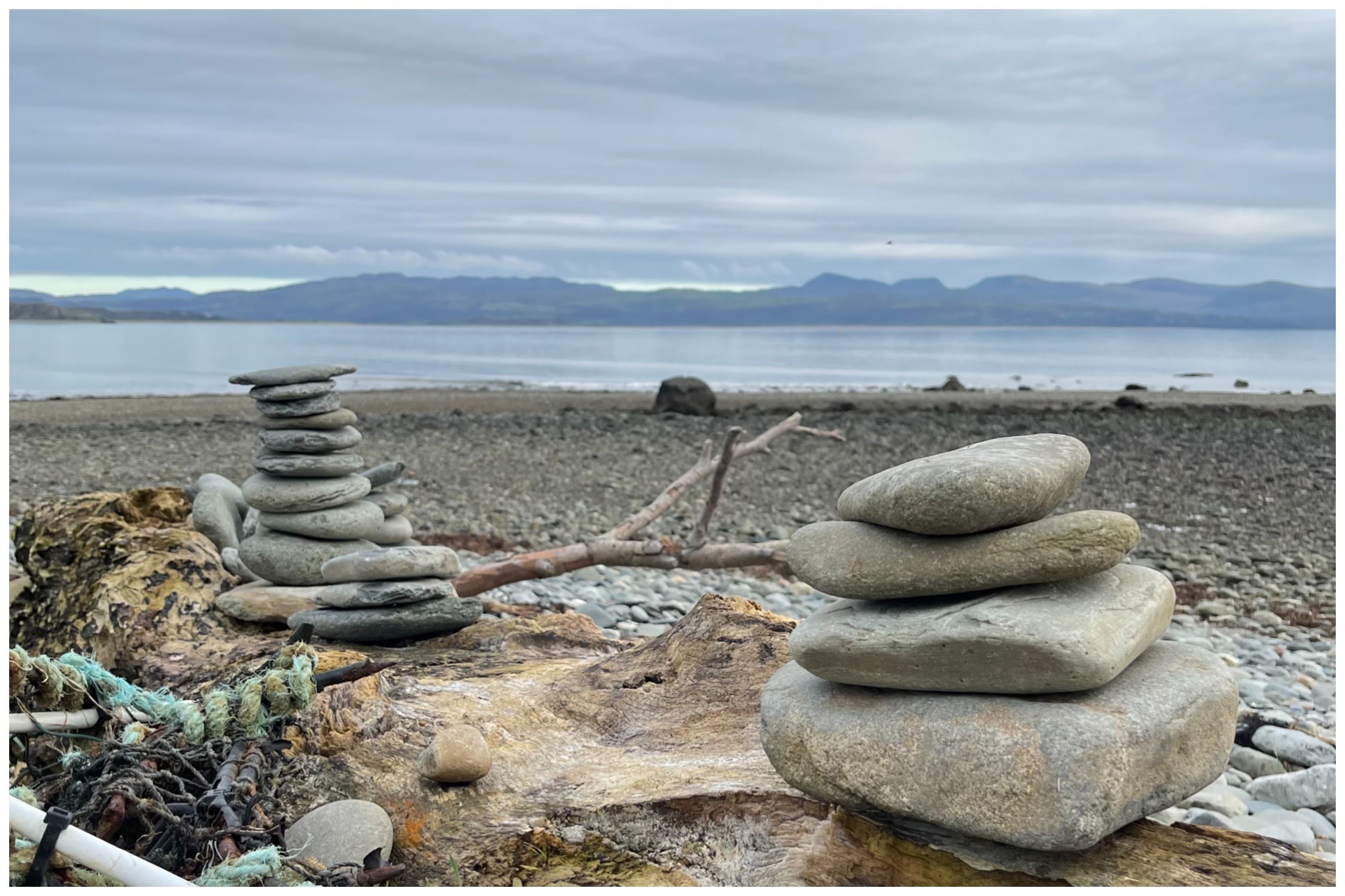 Carrying on along the Wales Coastal Path you head downwards to the beach where we spent some time just pottering. The girls started building sandcastles whilst the dogs had a bit of a run and I took in the view of the sea. It’s relaxing to be watching the waves. I don’t make enough use of the natural resources we have here.

After the brief pitstop at the beach we carried on along the path until we reached the river – Afon Dwyfor. This river is approx 12 miles in length and travels from it’s source near Moel Hebog, through Cwm Pennant, down to Llanystumdwy before entering the sea. At the river’s mouth we sat and had a picnic. Had to convince Megs not to go swimming as otherwise she would’ve been carried out to sea – the current was quite strong down there. 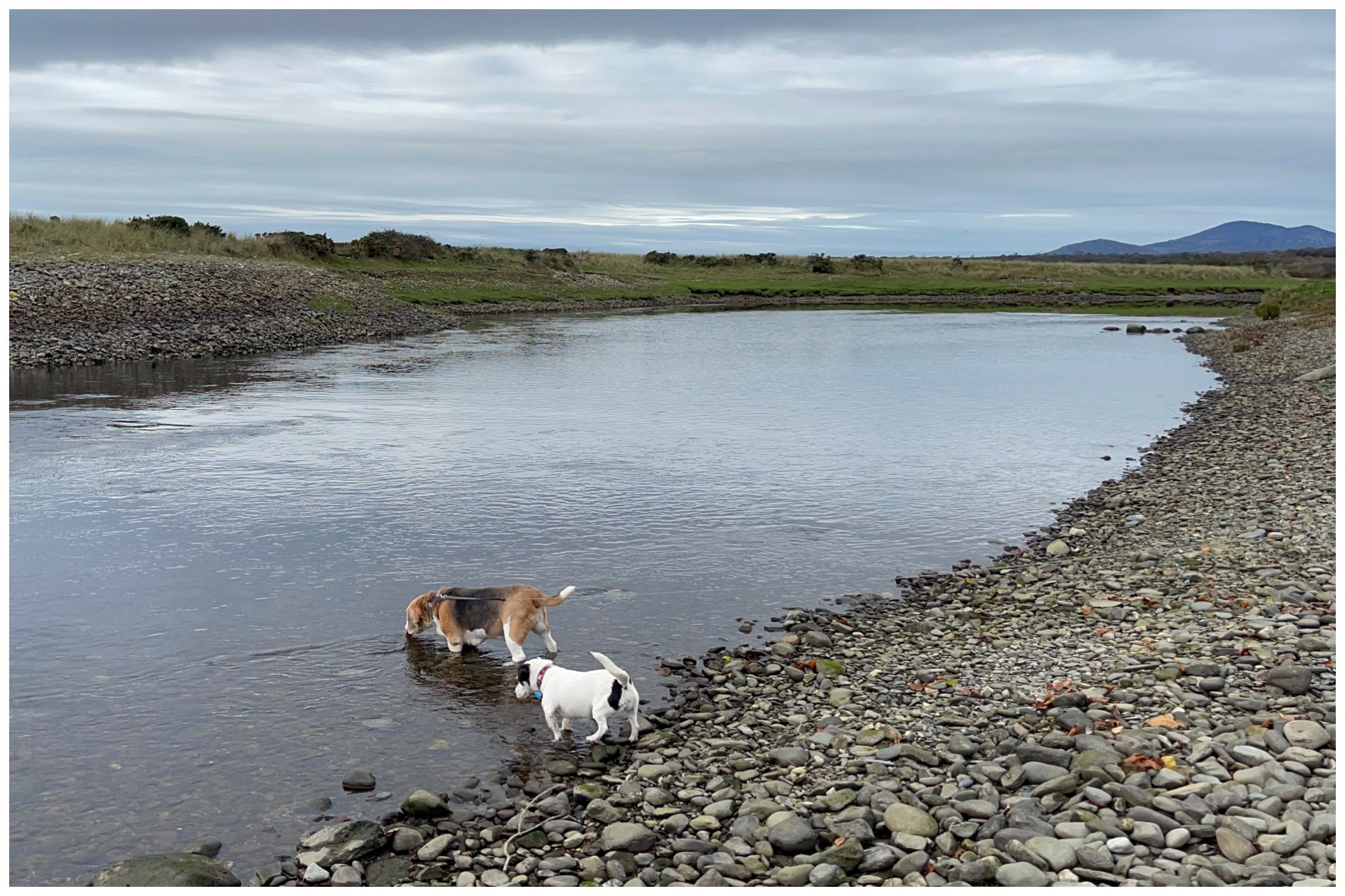 Once we’d finished scoffing out sandwiches we carried on up river until the footpath branches off towards Aberkin. The footpath crosses some fields before you have to cross the Cambrian Coast railway line – a mainline route so be careful of trains! (As it happens there are no trains running at the time of writing due to TFW upgrading Barmouth Bridge). 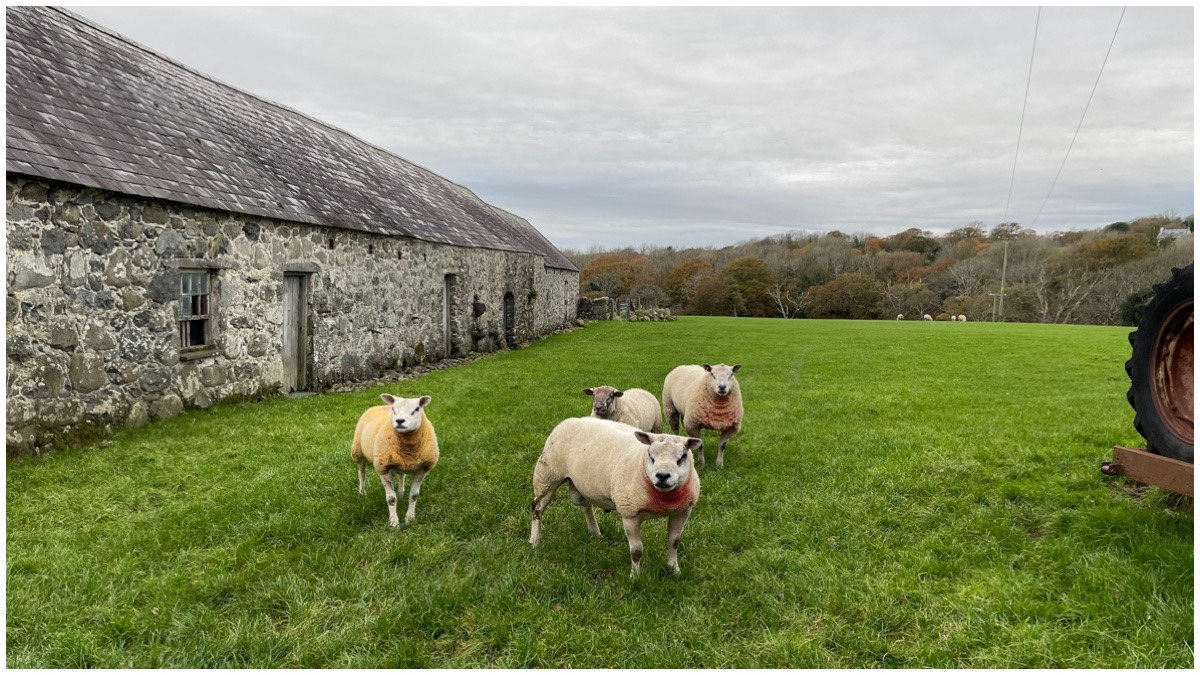 After crossing the fields and the railway track, the footpath takes you through Aberkin’s farmyard where you can spot some animals – including some very angry looking sheep! If you fancy a getaway then you can also stay at Aberkin… but let me warn you again about those sheep 😉 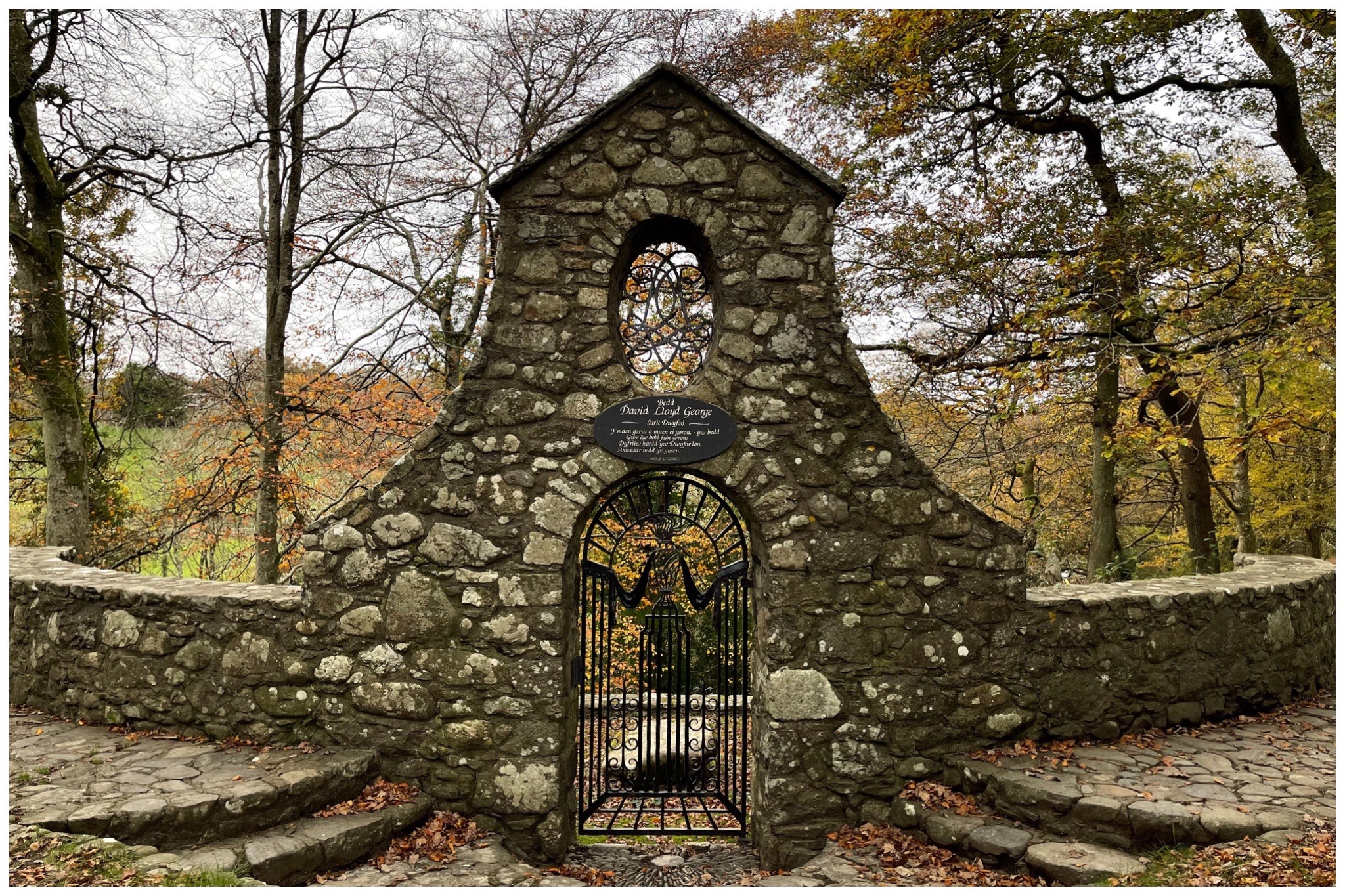 From Aberkin you walk towards Llanystumdwy where you cross the A497 to get to the village itself. Following the through the village you soon stumble upon the grave of David Lloyd George – the first and only Welshman to hold position of Prime Minister of the UK. Have a read of the Wikipedia page about him – fascinating yet controversial character. There’s a museum for him opposite his grave but unfortunately it was closed the day we were there. 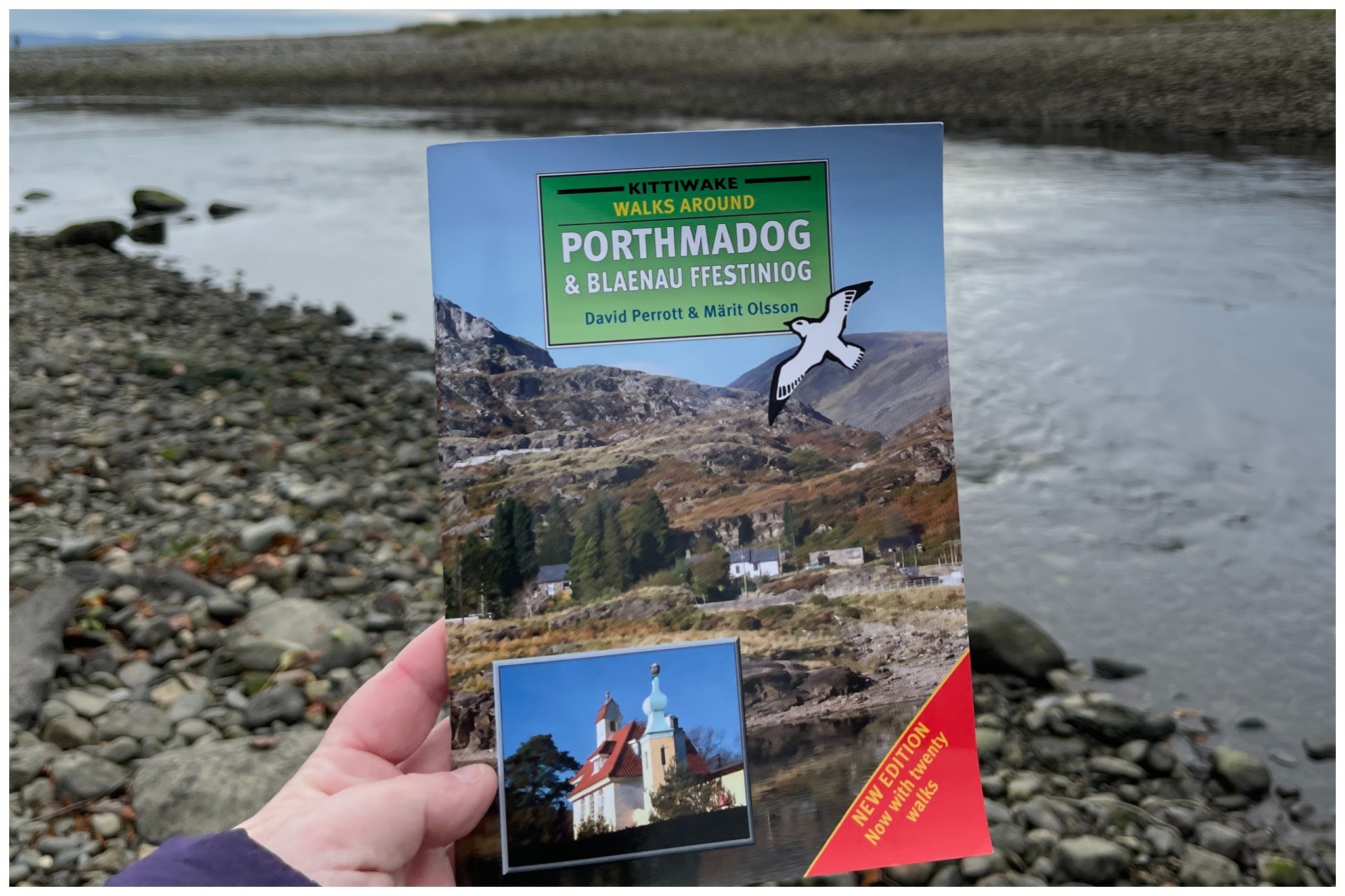 From Llanystumdwy you walk along one of the back roads back to Criccieth. The Kittiwake book tells you to walk into the middle of the village and back down by the Castle. However we were tired by this point with fading light so we took a shortcut back to the car. It wasn’t quite the 5 mile walk but it was near enough. Lovely way to spend a Sunday afternoon.

(For more fabulous walks check out the range of Kittiwake books – so many to choose from and plenty North Wales walks to be found!)