Well I did it! I ticked off another item off my Railway Bucket List – finally got the chance to visit the Lakeside & Haverthwaite Railway. 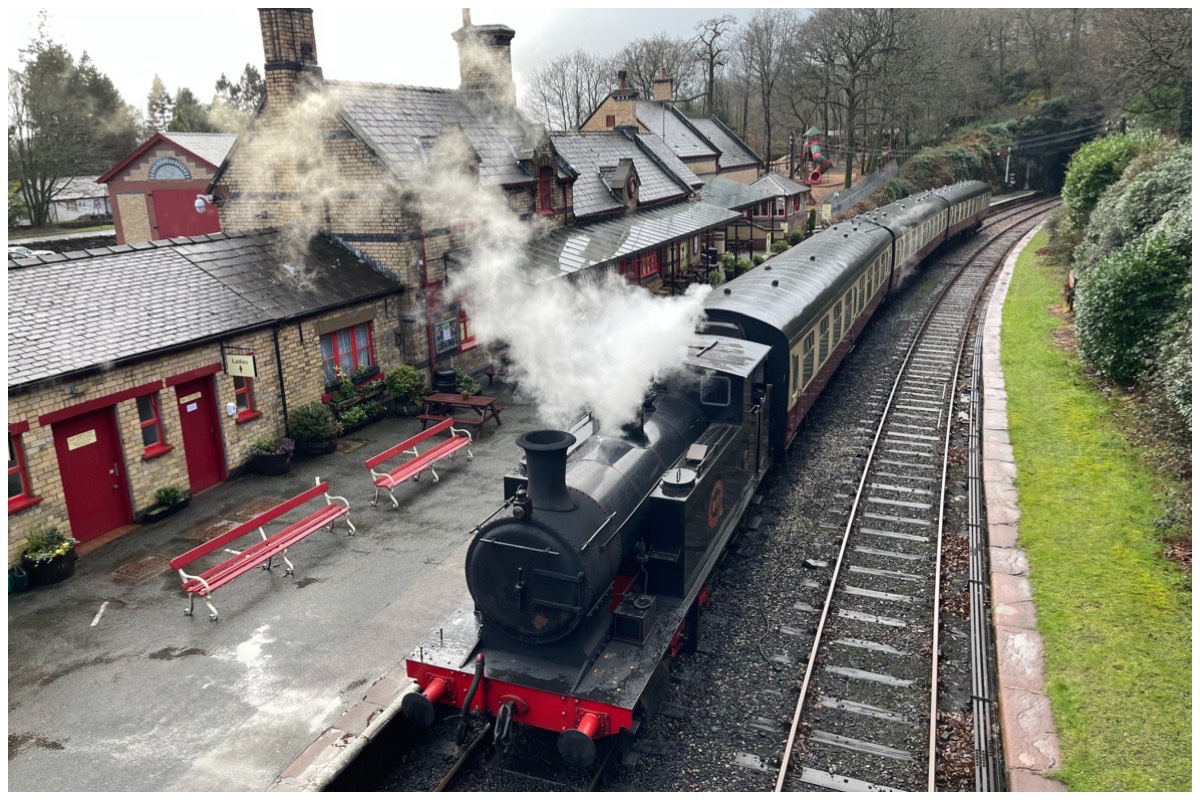 The Lakeside & Haverthwaite Railway has a lengthy history. Originally dates back to the late 1860s when the branch line from the Carlisle to Lancaster line was extended to Lakeside. The Furness Railway saw an opportunity to connect to the large lake steamers that ran on Lake Windermere. The line was opened in 1869 and it’s main cargo was not passengers but freight – mainly coal for the steam boats, iron ore for the ironworks and sulphur for the local gunpowder works.

After almost 100 years the line was closed following the closure of the iron works in 1965. The very last train to run on the line was an enthusiasts special in 1967.

Despite some outstanding setbacks, all was not lost and the line was reopened in 1973!

Our Visit to Lakeside & Haverthwaite Railway 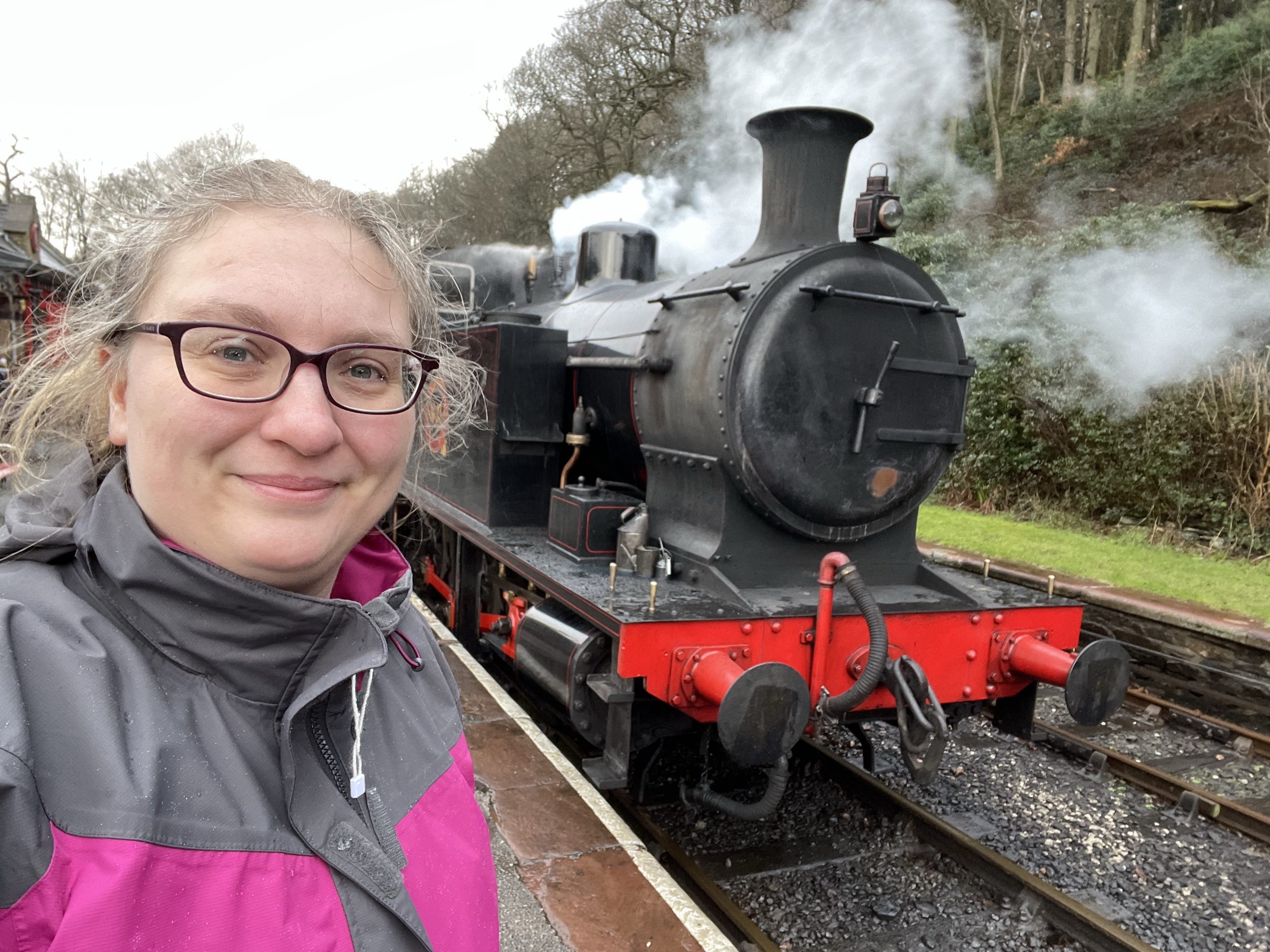 I now plan a train day out on any holiday I take, and seeing as Lakeside & Haverthwaite Railway has been on my bucket list for a few years it was an obvious choice.

After looking at their online timetable I saw that they do a combo of a boat and train journey. You can board a boat (albeit not a steamer anymore I don’t think) at Ambleside or at Bowness-On-Windermere.

As we were staying in Bowness I thought it was perfect – walk from our accommodation down to the pier, board a boat which would take us directly to Lakeside Station. What I hadn’t factored in of course was the visit from Storm Eunice… and what a lovely visit it was(*)… all boats on Lake Windermere were cancelled as a precaution!

*(Whilst I jest I must state that I am in no way complaining as Eunice wreaked chaos in other parts of the country.)

As it turns out we were lucky up in the Lakes on the Friday but still no boat trip for us. We had to drive down to Lakeside instead to alight our train to Haverthwaite. 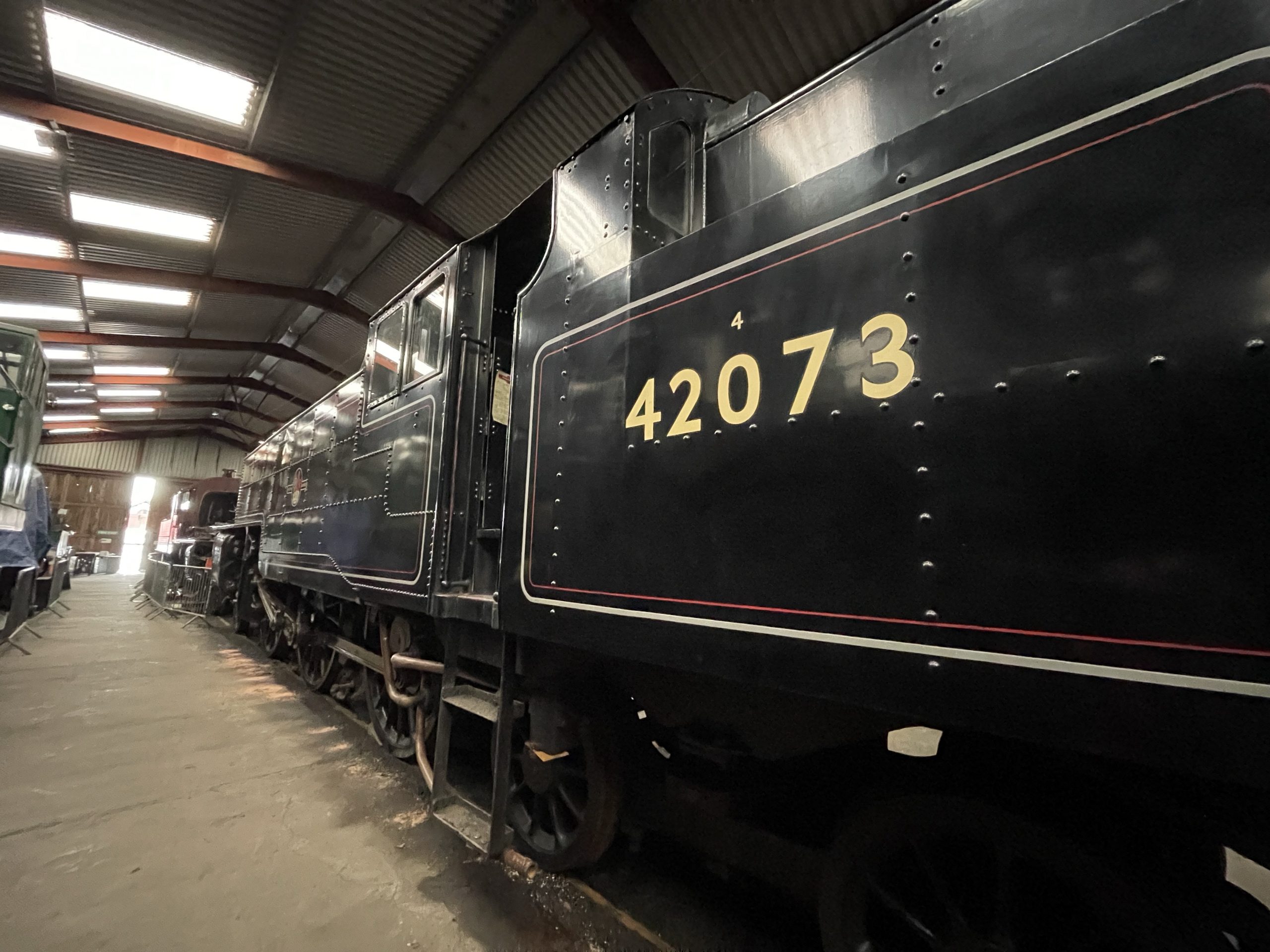 According to the LHR website they have 7 steam locomotives – 2x BR Fairburns (the only two still in existence), 2x Barclays, 2x Bagnalls and a Hunslett. In addition there’s a number of diesels dotted around the place.

Our trusted steed for our journey was the 1245 Barclay – an ex coal horse having worked for the Carron Iron Company at their Falkirk and Bannockburn sites before being transferred to the National Coal Board. It continued working as a coal horse at the Michael Colliery and Wellesley Colliery in Fife until it was retired and sold for scrap in 1972. Thirty years later it was rescued by the Lakeside & Haverthwaite Railway and lovingly restored in the loco we see today. 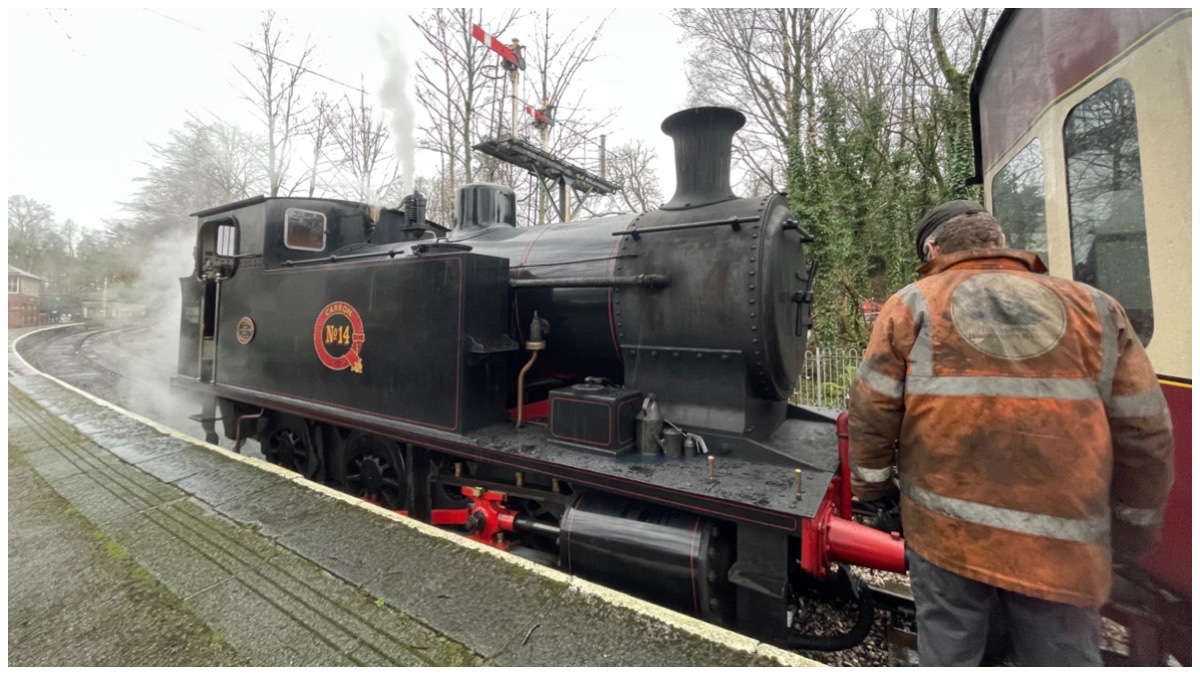 The restored section of the line is approximately 3 miles long taking you from Lakeside to Haverthwaite. There’s one intermediate station at Newby Bridge where you can hop on or hop off.

We travelled the whole length to Haverthwaite where there’s a few things to keep everyone occupied – a playground, picnic area, shop and the highlight for me is the engine sheds. In the engine sheds was an array of things.. including a BR Fairburn (see photo above) although I hadn’t noticed it at the time. Naturally my girls enjoyed the shop more than anything – they always fleece me for a toy in these shops! I can’t say much though as I’ve started a habit of buying a fridge magnet at each railway that I visit… I will have a vast collection one day!

For more information about the Lakeside & Haverthwaite Railway including timetables and service details be sure to check out their website and social media:

Have you ever visited the Lakeside & Haverthwaite Railway?

I'm a 38 year old living in North Wales with my husband, two little girls and two mucky pups. A lover of Snowdonia and a penchant for Welsh slate, here you will find all about my life in this lovely part of Wales. Feel free to get in touch at becster.com@gmail.com