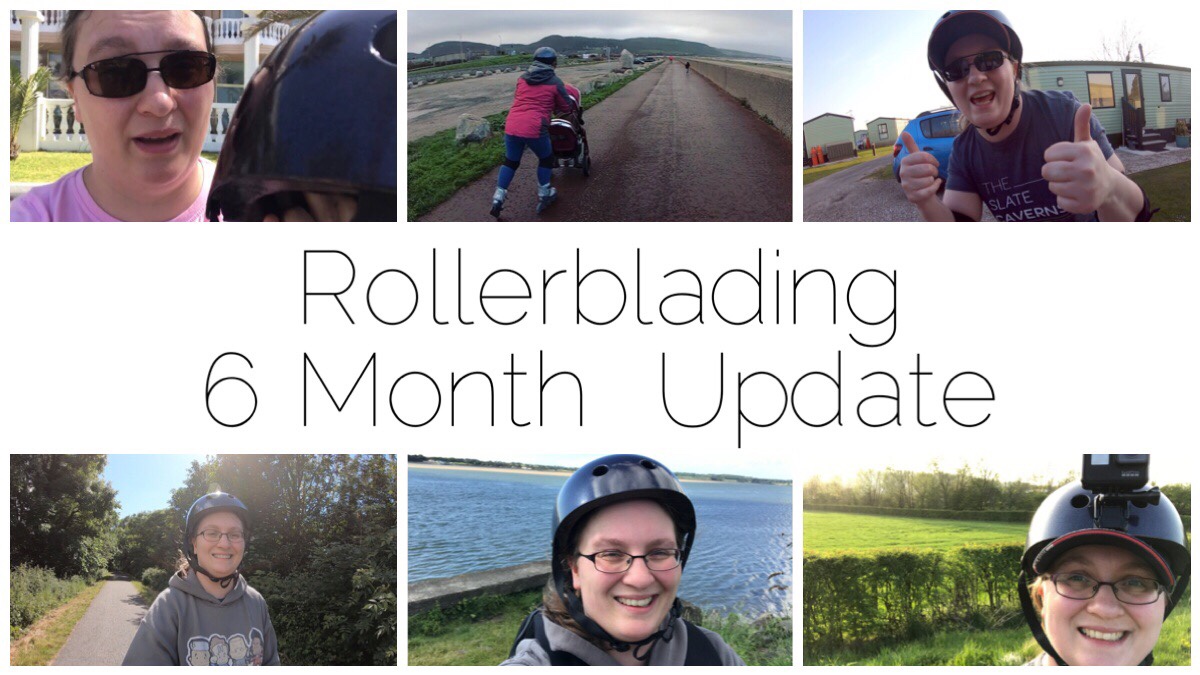 At the beginning of the year I set myself a goal – to go rollerblading at least once a month. It’s now June and is my rollerblading challenge going to plan? In short, yes I believe it is. Here’s how I’ve got on:

First day of the year I went rollerblading along the front at Pensarn. The road was bumpy but I managed 0.85 miles. If it wasn’t for the fact that it was so cold there is a nice track which carries on all the way to Colwyn Bay. It’s one I’m hoping to do at some point – this summer perhaps.

In February I went rollerblading along the Llandudno promenade. It’s really bumpy tarmac but it isn’t all bad. Just requires a lot of pitstops! It’s a very handy area because I can park down by the “out of town” shops, rollerblade along the prom, and then visit the high street for the other shops. I can also walk along the pier at the end of the promenade. It was a nice day because the kids also had a scooter/push bike thing. We all had ice cream as a treat at the end. All in all I think I did 1.3 miles that day.

Ah well here is where it goes a bit awry. I didn’t get the chance to go rollerblading in March. However even though I didn’t go in March, I more than made up for it in April….. Over Easter weekend we took a trip up to the Lake District and my rollerblades tagged along. The caravan site we stayed at has lovely smooth tarmac so I knew I could go for at least a spin around the site. After getting on the blades I found that I could go rollerblading along the roads leading up to the caravan site as well. The girls brought their scooters along so it was a lovely family activity…until one of them fell off the scooters and grazed their knees. I must buy them knee pads! Despite that, I clocked in over 5 miles over that 3 day period.

Ah well May is the most epic rollerblading session of the year to date! During half term we went to Tenerife for a holiday. I contacted Visit Tenerife beforehand to check if there were any restrictions and after they confirmed that there were none I promptly flung them in the suitcase well why not?! It was pretty spectacular to be rollerblading along the front at Playa Las Americas. I went rollerblading twice along the front and managed to fall flat on my bum once…. the after effects I’m still feeling today! Over those two days I managed to cover around 3 miles.

June has been a pretty busy month – coming back from Tenerife, Westlife concert with David (of David and Donetta) so the only time I could really go rollerblading was the weekend of 15/16th June. We ended up going along Lon Las Menai – a total of 5 miles.

I also tried going rollerblading along Lon Eifion but that was a bit of a bust. However you can take a peek at the video over on my YouTube channel.

Have I convinced you to take up rollerblading yet?