I spent my childhood being fascinated by the Rheilffordd Ffestiniog Railway trains that ran by our house. My Nain said I could tell by the whistle which train it was – the trains whistle as they pass the post office so by the time it reached our house I would already know which engine it was. I’m not actually sure how accurate this is but basically, I was a bit of a fan.

A couple of weeks ago we walked over Y Cob at Porthmadog and ended up having a picnic at the station. Whilst there we watched the trains and I refound my love for the railway. So what better than to take a trip on the Blaenau Ffestiniog-Porthmadog line. The Festiniog Railway Company (original name and spelling) was constructed in the 1830s to transport slate from the quarries of Blaenau Ffestiniog to Porthmadog Harbour. From there the slate would be shipped all around the world (which is why the Snowdonia Slate World Heritage Site bid is so important). The railway was originally gravity pulled whereby loaded wagons would run the line to Porthmadog using gravity rather than steam engines. Empty wagons would then be pulled back up to Blaenau Ffestiniog with horses.

The first use of steam engines came in 1863 when Mountaineer was delivered to the company. With the introduction of steam engines, came also the introduction of passengers. By the 1920s the demand for slate had declined considerably and following the outbreak of World War II passengers trains were ceased with the slate trains reducing in service before ceasing in 1946.

Restoration works commenced in 1954. Various sections were opened in the following 30 or so years with the full line being reopened in 1982 – 2 years before I was born! There’s no wonder I love the railway… it’s been running behind my childhood home for the entirety of my lifetime. The line runs from Porthmadog to Blaenau Ffestiniog. The first stretch of track take you along the Cob (a sea wall) from where you can see the sea and the Glaslyn Estuary. The line then takes you pass Boston Lodge works before heading to Minffordd. From there the line starts the gradual climb up to it;s terminus passing through Penrhyndeudraeth and Tan Y Bwlch (generally considered half distance). Onwards and upwards the next station is Dduallt. The line has had to be deviated due to the development of Tanygrisiau resevoir. The original Ystradau line and tunnel were discontinued and a new route was created. The new route is higher than the old line and due to this there’s an impressive loop at Dduallt so that the trains can climb to the new height. Oh the emotions and memories that came back to me during this trip were just something! I’m not sure who was more excited, me or the children! If you watch the video you may notice that it concentrates a lot on the Tanygrisiau/Blaenau Ffestiniog area because for me, it’s home. As the train emerges at Llyn Ystradau in Tanygrisiau I just felt the excitement hit me! I was home!! I loved seeing the waterfall behind Caffi Llyn and then taking in the views as the train travels through Tanygrisiau – the playground, the school and of course my childhood home.

Coming in to Blaenau Ffestiniog is always special and by train is even better! At the Blaenau Ffestiniog terminus we had an hour to wait until the train returned to Porthmadog however we opted to take the later train back which meant we had just over two hours to spend in Blaenau. Of course we walked to Nain’s house and had lunch there which was lovely. The trip cost us approx £70 – 2 adult tickets plus another £20 for drinks and snacks on the train. I’ve been told there’s a new local card coming out in the Autumn (the previous card “Y Cerdyn” is still valid if you have one). Alternatively you should get yourself a Cerdyn Eryri/Snowdonia Pass to bag yourself a 10% discount on the fare. I also recommend that you follow Rheilffordd Ffestiniog Railway on their social channels and keep an eye out for special events. They currently have an Italian evening and Chippy trains running. At Christmas there are Santa Specials. I’m not sure if it still happens but I do remember Disco trains from my childhood (I would hear the late night train run and upon looking out the window see the disco lights on the train!).

(Please note that the same company own and operate the Welsh Highland Railway which operates between Porthmadog and Caernarfon. This post doesn’t include details about that line as I’ve yet to sample it!)

Have you ever been on Rheilffordd Ffestiniog Railway? 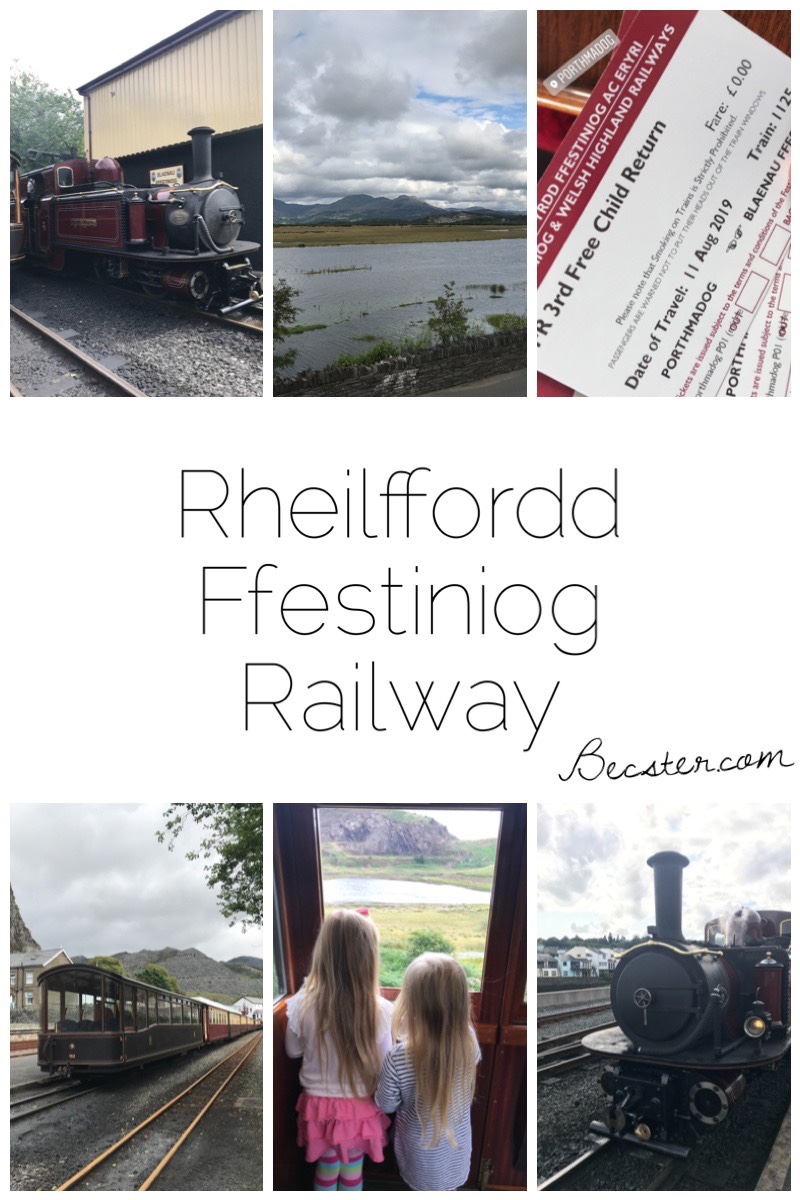